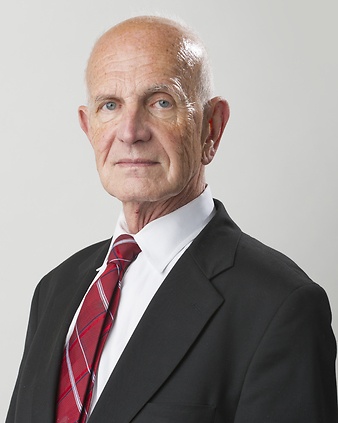 Thomas Earl Patton is Counsel to Butzel Long's Washington D.C. office. Mr. Patton has been nationally recognized as one of the "Best Lawyers in America" and in "Who's Who in the World." He engages in complex civil and criminal business litigation, corporate compliance and business counseling. He has handled significant, nationally publicized trials, including defense of the "Travelgate" prosecutions, defense of a major accounting firm, defense of two state governors and other public officials, and the pursuit of major antitrust price fixing class actions and securities fraud cases. He has over 30 years' experience in handling complex business and financial disputes in trials, appeals, arbitrations, mediations and SEC enforcement proceedings. He has tried cases and class actions in the fields of commercial law, securities, antitrust, business torts, employment practices and discrimination, and in regulatory areas such as procurement fraud and trade practices. Based on this experience, Mr. Patton has developed national corporate compliance programs and provides legal counsel to firms on corporate compliance, employment practices, and general corporate matters. The compliance advice has included areas such as Foreign Corrupt Practices Act, antitrust, disclosure requirements, financial disclosures and insider trading. In recent years, Mr. Patton has been involved in numerous SEC enforcement cases and in FINRA arbitrations.

Mr. Patton has served on the board of five companies, including a public telecom company and its committees, including its audit committee. He is the author of a treatise on Securities Fraud and for twelve years was the distinguished lecturer in federal civil procedure at Catholic University Law School. He currently serves as the distinguished lecturer in White Collar Crime at that institution. He is also teaching Securities Trading under the 1934 Securities Exchange Act. He has authored numerous articles and spoken at bar CLE programs. His many reported cases may be found in legal search services.

Mr. Patton began his career in New York at Sullivan & Cromwell and later served as counsel to a Senate Committee before becoming a member of Williams & Connolly. Later, after service as head of regulatory litigation at the U.S. Department of Energy, he managed the Washington office of Schnader Harrison Segal & Lewis. He was one of the founding partners of Butzel Long Tighe Patton, PLLC.